THEME: WHAT A CHARACTER
Who you are speaks so loudly I can’t hear what you’re saying. ~ Ralph Waldo Emerson 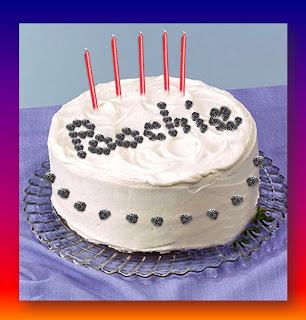 ***
The year before, Poochie waited an hour in a snowstorm for Myrna to come and unlock the store.  When Poochie finally got inside, he stood next to the cash register until the delivery kid plopped the calendar on the counter.  Poochie waved the calendar in the air at Myrna, still in the back stomping snow off her boots and turning on the lights.
“Se-cul my name, se-cul my name,” Poochie shouted. He had waited so long for this day, this moment, this second, when his birthday would be circled on the calendar.
“I’ll be there in a minute, Poochie.” She sighed. “Just hold on.”
She had once confessed to a co-worker that “Poochie was a confused bag of innocence, affection, and full-blown exasperation. I can manage about five minutes before I go batty—kinda like my grandchildren, or my dog, who pester and pester and pester until satisfied. Drives me crazy. But they give a bucket-load of unconditional love.” She laughed. “And you can’t help but love ‘em back, as obnoxious as they are.”
“Ok, Poochie, let’s open the calendar and find your birthday,” Myrna said.  “Why don’t you do it this time?”
“I wanna penthil.”  Myrna put a pencil on the counter and watched as Poochie opened the calendar.  He began at January and turned each page, pointing at what he recognized in the picture.  Every now and then he looked up at Myrna and told her what he saw. “Thath a boat. . . an . . . an thath . . .  thath a twee . . . wif a leaf,” until he came to his own month.  He stopped turning the pages and pointed at the word September.  He knew that one.
“Theptemba,” Poochie said and grinned again at Myrna.  He placed his index finger on September 1 and slid his finger across all the boxes, some with names typed in them, saying each number out loud, until he came to September 22.  “Thath my buthay.  Theee?  Thath my name . . . Poohie Whee,” he said proudly, and he pointed to his name typed in capital letters POOCHIE WHEAT.  He picked up the pencil and drew a shaky circle around the day.  “I come heah an git candy on my buthay, wite?”
“Yes, Poochie,” Myrna said.  “You come here and get your candy on your birthday.  Now run along home, Kiddo, I’ve got work to do.”  Myrna said.
Poochie watched Myrna hang the calendar next to the announcements on the bulletin board, right inside the entrance to the store, where everyone could see it.  “Bye Munah, I be back,” Poochie said as he walked out into the snow.
Beginning in January, Poochie visited Goodenough’s almost every day.  He’d leafed through the pages of the calendar until he came to September.  And as he had done the day the calendar had been hung up, he’d place his index finger on September 1 and slide across all the numbers, saying each one out loud, “un, too, thee, fuh, fi, si, sen,  . . .” until he came to September 22. “Thath my buthday.  Thee?  Thath my name. . . wite theh.” He’d tap the date and turn around looking for people to show.  Mostly it was just Myrna who saw.
***
“You look happy, Poochie,” Myrna said as she walked up from the store parking area.  “Must be a special day, or something!”
“Hi, Munah, theys a fya,” Poochie said.  “A big un!”  Poochie spread his arms wide.
“I know, Poochie.  I saw the trucks go by, and I heard the sirens.”  Myrna unlocked the door and they went in together.  “It sure does sound like a big one.  Do you know where it is?”
“Na, they thay I can’t go,” said Poochie.  He went to the calendar and took the pin out. The calendar was old and yellowed—streaked from almost a year’s worth of Poochie’s fingers leafing through the months, looking for his name.
“Ith my buthday – tuday, Munah,”
“Well, Poochie, I guess it is.  And I think I have something for you,” said Myrna.  “What would you like?  You can go to the candy counter and take five things.  Your choice.”
Poochie didn’t get many choices.  He was used to being told what to wear, what to eat, and where to go.  He looked at the Mounds, Baby Ruth, 5th Avenue, Mars, Milky Way.  He looked at Tootsie Rolls and Good and Plenties and Necco Wafers and Bit-O-Honey.  And gum. Black Jack and Spearmint and Chicklets.  Poochie stared at the shelves of candy. He picked one up and put it down.  He touched one and another one and another one. He began to rock and breath hard—a whimper rose from his throat.
Myrna came up behind him with a wax paper bag, and said, “Here Poochie – let me help you.  I’ll make it a surprise.  You stand over here.”
Poochie’s breathing settled. Myrna plopped a handful of candy bars, some gum, and a package of licorice into the bag. “I gave you more than five, Poochie.  It’s nice to have a lot on your birthday.” When she turned around, she saw that Poochie had gone to the window and was watching one of the fire trucks pull into the station.
“Here’s your candy, Poochie,” Myrna called.
Poochie grabbed the bag and practically tripped over his orange boots in his hurry to get out of the store and down to the fire excitement.
Maybe he could help.
EVS - 10/11
Posted by Serendipity Authors at 4:01 PM