BEGINNINGS: Beginnings are sudden, but also insidious. They creep upon you sideways, they keep to the shadows, they lurk unrecognized. Then, later, they spring. ~Margaret Atwood, The Blind Assasin 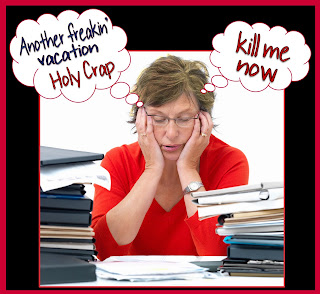 “Hey, Ellie, now that you’ve quit teaching, what are you going to do with all that spare time?”

What a wearisome question. All that spare time. A massive life-hole filled with sluggishness and sloth.


My plan was to find opportunities in a creative field that didn’t involve grading papers written by 12-year-olds who emulated Britney Spears and Dennis Rodman. As much as I loved the energy and enthusiasm of middle-schoolers, and as much as I enjoyed the classroom interaction, I hated reading and grading those papers. Despite my efforts to hone writing skills and instill effective techniques of framing a good story, the students' papers seemed to be written by motor mouths, without direction and without brakes. Accounts of family vacations were the worst. Mind-numbing litanies of nonessential details, with the actual visit to, say, Disney World, a one-line after-thought stuck somewhere between packing for the trip and driving home.


The thought of reading, and grading, another piece of drivel squeezed the neurons in my brain to where I thought my head would explode. Now, it isn’t my intention to demean the efforts of young people. I understand what it takes for pre-teens to produce 500-word narratives, especially with distractions such as after-school pizza parties or 8th period pep rallies, but when I realized I was rewriting student papers to suit myself, I knew it was time to pursue another line of work.


At first, being idle was familiar and effortless. Summer vacation, the same every year, meant lots of activity with little responsibility. Traveling, gardening, reading, writing, walking, biking. Pay checks continued until the end of August, so I didn’t feel the strain of being unemployed until September.


That’s when Ms. Pernicious loomed out of the dust of summer and stood with one hand on her hip, leaning slightly forward, shaking a finger, tapping her foot, staring me down, saying, “I dare you,” with squinty eyes and that know-it-all bully sneer. My usual grit became buried under intimidation, my confidence threatened by all that spare time. A self-identity crisis took hold. Where to go? What to do?


The resolve and determination I once had was undercut by the power of anxiety and doubt. My creative ego had been, for years, wrapped in the world of teacher-hood, with all its importance and status and influence and control. I had generated well-planned, highly respected curriculum-based projects, designed for kids who were mostly motivated by the entertainment factor of amusing graphics scattered throughout their worksheets. But I couldn’t rest on that professional reputation any longer. Now I was a woman of leisure who might or might not do the laundry.


My husband Ed, a published author and successful Unitarian Universalist minister, was unaware that I suffered from spirit undertow. I marveled at Ed's writing talent, motivation, and productivity - how he could pick up a project and see it through. The harvests of his efforts were beautifully crafted books and poetry and articles and sermons. And while he generated new works, I rued my own creative output. If I were to be anybody, I’d have to create grown-up documents, like Ed’s - innovative ones, with meaning and significance.


I had no choice but to put on a cheery public face and fake it. It was either that or go to a counselor. But I knew the answers: Give it time. Something will happen. Don’t force it. There will be a sign. I became the maven of self-talk.


When summer was over, and the church year began again, Ed reinstated his daily practice of rising at 7:30 am, drinking coffee, reading the New York Times, and moving to his computer to work on Important Documents before he headed to his office at 9:30 am or so. This was his routine, one he cherished, one he had created years before I left my job. He loved this alone time. The house had been his - the creaks, the silence, the music, the TV – all his. Morning had been his meditation, his time to process and think and write. He had choreographed and nicely settled into this routine according to his mental and emotional needs . . . and there I landed, smack-dab in the middle of his reverie.


So as not to disturb Ed’s sphere of concentration, I stayed to myself as much as possible. However, there were times when I shattered his meditative state with questions, such as, “Would you like breakfast?” or with noises, like turning on the dishwasher. His annoyance at these interruptions was obvious. A sigh, a slight roll of the eyes, a tiny stiffening of his back – telltale signs that I was in his way.


One day, Ed’s computer didn’t work, so he asked to use mine. It was about 8:00 am, and I was dressing for the day. Our morning patterns, long since congruent, allowed him uninterrupted time to work on his projects. Because my computer sits in close proximity to my dressing table, I was slightly aware of what Ed was doing. He had a little piece of crinkled, corrugated brown paper to which he referred as he logged onto what I thought was his blog. The day before, he had written a couple of articles about presidential candidates, so I assumed he was going to publish them. He worked for about twenty-five minutes and went downstairs.


After Ed left, I sat at my computer to check email, knowing there wouldn’t be much since I had blocked spam and made advertisers unsubscribe me. I glanced at the cardboard paper and saw a bunch of letters and numbers - OBLA, 6VFW, X7W5 - kind of long and complicated for a password. I considered signing onto his blog with the password and reading the uploaded articles to see if anything needed to be revised. Ed often used my editing skills to proofread his drafts-in-progress, but there had always been a mutual understanding that I was an invited guest. I felt a little like a spy and slightly ashamed of myself.


I studied the letter and number combinations to see what, if anything, looked significant - perhaps it wasn't a password. I turned the paper over. It was a ripped-out portion of a recently purchased Lime Coke 12-pack, with the words “Open Here to Find Code Inside.” I turned the cardboard back over and saw some tiny words circling the perimeter: Official My Coke Rewards Code. Enter your code at www.online at mycokerewards.com.

For the previous half-hour, out of respect for Ed's need to focus on "important work" and "essential issues," I had remained quiet and respectful, knowing my clanging around would interrupt his concentration. I had dried my hair in the guest room. I had refrained from clunking glass bottles onto my dressing table. I had avoided my usual zigzag sorting through metal tubes of mascara, eyeliner, and lipstick. And the whole time I had been honoring the mental machinations of Ed’s mysterious world of authorship and productivity, he had been entering a Coke contest. I felt swindled, much like Ralphie when he received the Little Orphan Annie Secret Society Decoder Pin and figured out the stupid message: “Be sure to drink your Ovaltine.”


And there it was. My sign. Coke. A ridiculous hysteria of enlightenment came charging in, bringing a torch of courage and self-understanding. I caught a glimpse of what my dilemma had been all along. Impressions. They didn’t matter.


It’s not about how often, or how much, we remain idle or ponder or imagine or produce. It’s not about how high we set the bar. It’s about the joy of now - of putting life into perspective, of heading through time and delighting in all the tiny insights it offers, of appreciating human foibles, and allowing humor to lead the way. If the need to create arises, do it. If not, don’t. Who counting?


I hummed a bit of "Pomp and Circumstance" and went downstairs to join Ed in the living room.